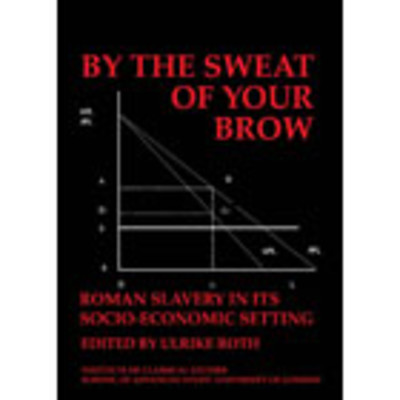 By the Sweat of Your Brow brings together the contributions of seven scholars from the UK and the European continent on different aspects of the socio-economic setting of Roman slavery.

Individual chapters discuss the slave chapter of Diocletian’s Edict on Maximum Prices, the relationship between slave and free labour, the status of managerial slaves such as vilici and dispensatores, the use of legal sources for our understanding of the role of slavery in Roman society, the unchanging nature of slave prices from classical Athens and late antique Rome, the similarity in discourse and reality of the functions carried out by estate managers in ancient Rome and modern slave and serf societies, and, last, the structural relationship between a slave’s peculium, the acquisition of freedom, and citizenship.

Each chapter provides in-depth analysis of its chosen subject matter thus furthering the modern debate on the role of slavery in Rome’s society and economy as well as on the interrelationship between the peculiar institution and its socio-economic setting.