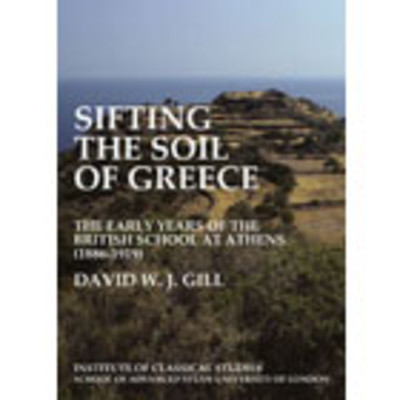 ‘...what we wanted was to connect ourselves directly with the heart of Hellenic culture so that its very lifeblood might flow through our veins, and this we should gain by the establishment of the school at Athens’

The British School at Athens opened in 1886 ‘to promote all researches and studies’ which could ‘advance the knowledge of Hellenic history, literature, and art from the earliest age to the present day’. Over the next 30 years the School initiated a major programme of excavations, initially on Cyprus, then at Megalopolis, on Melos, and at Sparta. School students took part in the work of the Cretan Exploration Fund and in the major regional surveys of the Asia Minor Exploration Fund.

Most of the students who were admitted to the School in this period had been educated at either Cambridge or Oxford. Women, mostly from Cambridge, took part in the School’s activities including the excavations at Phylakopi. The students’ research interests included Greek pottery, Aegean prehistory, and epigraphy. Their experience of Greece prepared the students for later work in British universities and other professions.