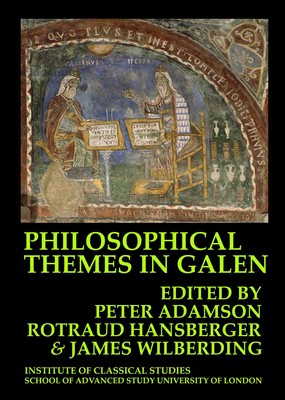 Galen, the greatest figure in the history of pre-modern medicine, is also a significant figure in ancient philosophy. Not only is he a major source for many previous thinkers, such as the Presocratics and Stoics, but he also developed philosophical ideas of his own, in keeping with his famous dictum that ‘the best doctor is a philosopher’.

This volume contributes to the growing field of research on Galen as a philosopher, with pieces devoted to his epistemology, his physics, and his theory of soul and human nature. His self-conception as a ‘philosophical’ author is also discussed, as is the question of whether his works were intended as contributions to the genre of philosophy.