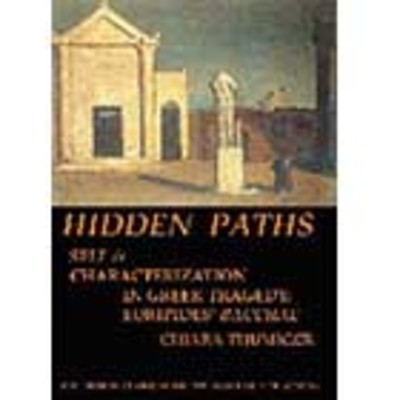 Hidden paths analyses the representation of character in Greek tragedy, focusing on one of the most important and controversial theatre plays of all times the Bacchae. Euripides’ last play has always been a favourite, enjoying an enormous success for centuries on and off the stage. This book argues that in the representation of characters in the play we can find a development in the view of self and representation of man. This development, which is also to be partly traced in the works of Sophocles and in earlier plays by Euripides, finds a fuller expression in the Bacchae and culminates in the catastrophe of ignorance and incommunicability which has Pentheus at its centre. The construction of character in the text and the view of self which it entails are explored through a meticulous analysis of keywords, while verbal usage, imagery and style are exposed as the very ‘stuff’ of characterisation. The book uncovers the ‘hidden paths’ along which human life is experienced in the play and through which human characterisation materializes from the fabric of the text.