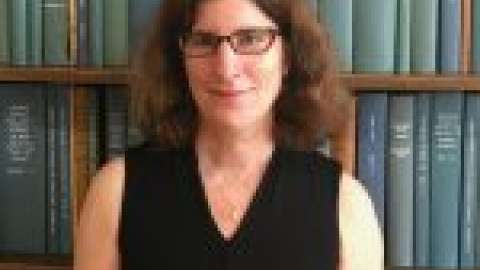 Patricia A. Rosenmeyer is Paddison Professor of Classics at the University of North Carolina at Chapel Hill.  She has published books on archaic Greek lyric (The Poetics of Imitation:  Anacreon and the Anacreontic Tradition, 1992), epistolary fiction (Ancient Epistolary Fictions, 2001; Epistolary Narratives in Ancient Greek Literature, 2013, co-edited with O. Hodkinson; Ancient Greek Literary Letters, 2016), and Imperial verse inscriptions (The Language of Ruins: Greek and Latin Inscriptions on the Memnon Colossus, 2018). Current projects include an accessible commentary on Sappho for intermediate Greek students, and an edited volume on 20th-century Jewish, Palestinian, and Israeli receptions of the Classics.  While at the Institute, she will spend time at The National Archives in Kew, researching the experiences of German-speaking refugee classicists who immigrated to the UK just before WW2, were interned as enemy aliens, and, after being released, taught at schools and universities in the UK and US.