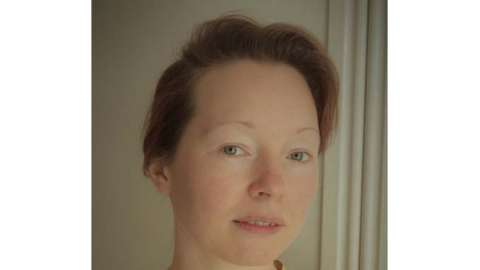 Victoria Leonard joined the ICS as a Research Associate in 2017, and became a Research Fellow in 2020. She is a Fellow of the Royal Historical Society, and a Research Fellow at the Centre for Arts, Memory and Communities at Coventry University. Before her appointment at Coventry, she was a Postdoctoral Researcher as part of the ERC-funded project ‘Connected Clerics. Building a Universal Church in the Late Antique West (380-604 CE)’, at Royal Holloway, University London and the Austrian Centre for Digital Humanities (ACDH-ÖAW), Austrian Academy of Sciences (Österreichische Akademie der Wissenschaften). Her role within the project involved compiling data on clerical connections and using adapted digital tools to examine and visualize evolving clerical networks in the late ancient and early medieval western Mediterranean.

Victoria’s research focuses on the late antique and early medieval western Mediterranean, with a special interest in: social network analysis, data collection and digital humanities; ancient and early medieval historiography; ancient religion, particularly Christianity; and gender, sexuality, violence, and theories of the body in antiquity. Victoria has published articles in the journals Vigiliae Christianae, Studies in Late Antiquity, and Gender and History.

Her monograph, In Defiance of History: Orosius and the Unimproved Past, was published by Routledge in 2022. With Laurence Totelin and Mark Bradley, Victoria has edited the volume Bodily Fluids in Antiquity for Routledge (2021). She has written for The Guardian, the Church Times, and The Times Higher Education, and she has contributed to BBC Radio 3's Free Thinking. She is a member of the Editorial Board for the Bulletin of the Institute of Classical Studies, published by Oxford University Press.

Victoria is a founding member, former co-chair, and steering committee member of the Women’s Classical Committee (UK). She organises #WCCWiki which seeks to improve the representation of classicists (broadly conceived) who identify as women or non-binary on Wikipedia. With Elena Giusti, she is co-Chair of the Council of University Classical Departments (CUCD) Equality, Diversity and Inclusion Committee. Victoria is a founding member of the International Orosian Network.