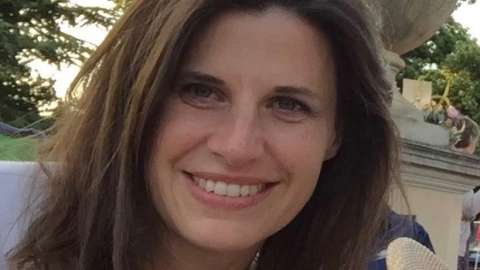 Abigail Graham has a BA in Greek and Latin Language from Colgate University, and after attaining her M. Phil and D. Phil in Classical Archaeology from Oxford (Lincoln College). She has been a lecturer and teaching fellow at the University of Warwick for 10 years, where she taught a number of undergraduate and graduate courses. Abigail is course coordinator of the Postgraduate Epigraphy Course at the British School in Rome (since 2012), and co-coordinator of the Practical Epigraphy Workshop (since 2015) for the Centre for the Study of Ancient Documents (Oxford), is a member of the editorial board for the “New Classicists” online journal.

She joined the ICS as a visiting fellow and is currently a non-stipendiary Fellow in order to focus on her research, which applies modern scholarship on cognitive theory and neuroscience to the appearance and perception of ancient monuments in the urban landscape (particularly in Asia Minor), including a monograph on “reading” monuments in Ephesus, and an co-edited volume on the cognitive experience of rituals. These works consider the presentation of writing in the urban landscape through different visual aspects such as paratext, bilingualism, erasures, copies, and collective monuments (e.g. lists and “archives”).

In the past, she has collaborated with Digital Humanities projects such as INSAPH (Inscriptions of Aphrodisias) and the EAGLE portal. In addition to articles and book chapters, she has written a primer on Roman history and material culture, “The Romans” (Routledge); the 4th edition of which is scheduled for publication at the end of 2019.