Was Euclid a Platonist Philosopher? 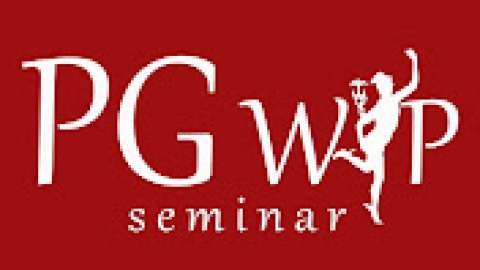 This Postgraduate-work-in-progress seminar will be held online via Zoom and in person in room G21A, Senate House.

In this paper, I tackle the question of whether or not the mathematician Euclid of Alexandria, author of the Elements (c. 3rd century BCE), was a Platonist philosopher.

I speak of ‘Platonist’, not in the contemporary, Fregean sense of ‘Platonism in mathematics’, which is the view according to which mathematical objects exist, are abstract, and are mind-independent, but in the sense of ‘going back to Plato, the ancient philosopher (5th century BCE)’.

While Euclid’s Elements is a purely mathematical treatise, and does not mention any philosophical terminology (save for only a few occurrences of metamathematical vocabulary), there is striking evidence for the view that an elaborate ontological theory of mathematical objects is implicitly––yet systematically––encoded in the text of the Elements (Wilck 2020). My paper advances this line of inquiry by exploring possible ancestries of Euclid’s ontology.

The view that Euclid was a philosopher in the Platonist tradition became a commonplace among 20th and 21st century philosophers such as Carl Hempel, Karl Popper, and Paul Lorenzen. The view that Euclid was a Platonist philosopher in fact goes back to late ancient commentators. Most notably, the Neoplatonist Proclus (5th century CE) argued that Euclid’s Elements is a cosmological treatise about the geometrical elements of the physical universe because the Elements culminates in the construction of the five regular polyhedra––the so-called ‘Platonic solids’––, which prominently figure in the cosmogony of Plato’s Timaeus.

In order to critically examine Proclus’ claim, I provide two comparisons between Euclid and pre-Euclidean philosophers.

Firstly, I compare Euclid’s treatment of the five regular polyhedral solid figures with Plato’s. The result will be that the way in which Euclid defines and constructs regular polyhedra significantly diverges from Plato’s corresponding treatment. This suggests that, at least with respect to the Platonic solids, Euclid does not follow Plato, in which case Proclus’ claim seems unfounded.

Secondly, I appeal to further evidence suggesting that Euclid was more of an Aristotelian, rather than a Platonist philosopher. Specifically, I argue that Euclid’s method of definition resembles Aristotle’s, rather than Plato’s. Plato takes any kind of object to be defined ‘by division’ (i.e., by reference to a genus-predicate and a differentia-predicate of the definiendum-subject. By contrast, Aristotle takes only species and genera to be defined by division, while he takes differentiae to be defined ‘by addition’ (i.e., by reference to a genus-subject of the definiendum). Since Euclid too defines species and genera such as the line and the number by division, but their differentiae such as straight and even by addition, Euclid is largely in agreement with Aristotle.